Posted on August 4, 2022 by zonaphysicaltcl 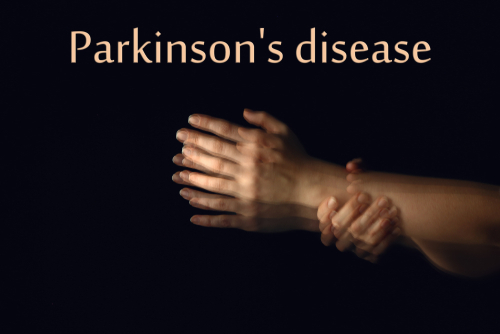 Hello everyone, in this blog we will be shinning some light on Parkinson’s Disease. Parkinson’s Disease in a general sense is a neurodegenerative brain disorder. When nerve cells in the basal ganglia, the portion of the brain that controls movement become broken or die, Parkinson’s Disease develops.
These nerve cells, or neurons normally produce dopamine, an important brain neurotransmitter. When neurons die, or become harmed, less dopamine is produced creating the signs and symptoms seen with Parkinson’s Disease. Scientists are still uncertain about what drives dopamine-producing cells to die.
Some early signs of Parkinson’s Disease (PD) include resting hand or chin/jaw tremors, small or ineligible handwriting, loss of smell, constipation, trouble sleeping, masked face, low or soft voice, dizziness, or fainting, stooped or hunched over posture.

Who gets Parkinson’s disease?

Parkinson’s Disease impacts around half as many males as it does females. It is mostly found in those over the age of sixty. However, up to 10% of people are diagnosed before they reach the age of fifty years old.
Up to eight million people worldwide are living with PD. Each year, approximately 60,000 new cases of Parkinson’s Disease are identified in the United States.
Total cost in the US account for approximately $52 billion per year with $25.4 billion for direct medical costs and approximately $26.5 billion for non-medical costs.

As PD progresses, symptoms become more pronounced, and may include:
• Slower walking with smaller shuffled steps
• Balance and coordination problem, which can lead to falls
• Increased stiffness and poor trunk rotation, demonstrated as minor to no arm swing when walking
• Increased stooped posture
• Slow Movements
• Freezing of movement
• Difficulty with activities of daily living such as bed mobility

So, what is LSVT BIG?

The primary MOTOR characteristics of PD as seen above can be summed into resting tremors, rigidity, postural instability, bradykinesia (slowness of movement) and hypokinesia (reduced amplitude of movement).
An individual with PD experiences the progressive loss of the ability to internally adjust their movements. Therefore, what appears to feel like a “big” or “normal” movement to them, is actually, a small or exceedingly small movement to family members or friends watching that individual move or walk.
The notion of neuroplasticity—the brain’s capacity to reshape itself by generating new neural connections throughout life, is a recent approach to treating Parkinson’s disease. This method attempts to address the “internal” parts of Parkinson’s symptoms, resulting in considerable functional gains.
The LSVT BIG protocol, was developed from the principles of the effective Lee Silverman Voice Technique (LSVT) LOUD treatment technique, with established efficacy for treating voice and speech disorders in people with PD. LSVT programs, have been scientifically researched over the past 25 years with funding form the NIH.
The focus of LSVT BIG is to target AMPLITUDE and drive high intensity and effort to override hypokinesia and bradykinesia. This results in smoother, larger, safer movements and an enhanced quality of life.
LSVT BIG treatment can only delivered by physical or occupational therapists who are certified in this method. You can go to www.lsvtglobal.com to find a certified therapist in your area.

What to expect at your LSVT BIG treatment session?

It is important to remember, that LSVT BIG is a lifelong endeavor! There are some things that can assist you in your journey:

• LSVT BIG Homework Helper Videos – Practice your daily exercises while following along with one of our LSVT BIG teachers.
• Tune-up Sessions – After you have completed the four-week LSVT BIG program, you and your therapist will schedule a review. Periodic “tune-up” meetings are advised to help you keep the benefits of your hard work by providing inspiration and feedback.
References:
www.parkinson.org
www.lsvtglobal.com

This entry was posted in Parkinson's Disease. Bookmark the permalink.